* In case of any delay in receiving the OTP, you may verify it later. Please proceed without verification.

Enter your City name or Pincode

The Samba town is a municipal committee in the district of Samba in J&K. Samba town was a part of the Jammu district before the establishment of the Samba district.  The industrial region of Bari Brahmana has been taken under the Samba district now which was earlier incorporated in the Jammu district. The name of the town is derived from “Samby Rajput” family who used to reside here. Samba town has a strong connection with Army since a long time.

It is believed that around 1400 A.D. , the town of Samba was founded. According to a traditional story, Samba was established by Malh Dev who was Lakhanpur’s Rai Saidu’s younger son.  Malh Dev married in the “Ghotar” family and after his wedding he started dwelling in Samba and became the leader of the area with Samba being its capital. Eventually Samba came under the governance of Jammu. This was during 1816 A.D. & 1846 A.D. in the reign of Hari Dev when it became an essential part of Jammu and Kashmir.

The average elevation of the Samba town is 1260 ft or 384 m. The town lies at 32.57 degrees in the north and 75.12 degrees in the east. The Samba town is nestled on Shivalik Range beside NH 1-A or on the bank of Basantar River which is 40 kms away from the city of Jammu.  The Samba district is enclosed by Kathua district in east, in west by Tehsils Bishnah and Jammu, Udhampur district in north and on its southern part it has the International border with Pakistan. Almost 2/3 rd area of Tehsil Samba is rain-fed. The Ravi Tawi irrigation canal helps in irrigating the southern area below the National Highway and contributes to the vegetable cultivation and main cereal crops.

There is an advanced industrial complex known as the “Industrial Growth Center” which has been set up on the bank of Basantar River in Samba. Samba also brags of several small and medium industrial corporations that have bestowed employment opportunities to the unemployed youth. Besides this, these industrial units have also helped the skilled and unskilled labors to establish their own enterprises in private sector.

The climate of Samba is cold during the winter season and hot and arid during the summers since it falls under the sub tropical zone. Since Samba lies in the foothills of mountains, the weather is cold during the nighttime. The temperature range remains between 6 to 47 degree Celsius.

The Samba rail head is the nearest railway station to Samba. There are total twenty four express trains which stop at this rail head. This station connects Samba with important cities like Udhampur, Jammu, Bhatinda, Ahmedabad, Delhi, Pune, Kolkata, Kanyakumari, Chennai, Rourkela and Mangalore. To travel within the Samba town and nearby towns and villages the J&K state run buses come to rescue. Jammu and Srinagar can also be accessed through excellent road network from the Samba town.

The following are the two places that the tourists can bank on for a comfortable stay in Samba:

Tourist Places In and Around Samba Town

There are a number of tourist attractions to check out if you happen to be in the Samba town. All these places lie within a few kilometers from the town and can be easily accessed from Samba. Following is a list of some important tourist spots located in the vicinity of Samba town:
Here is a brief description of all the above places:

This pious shrine is located on the National Highway and lies at a distance of just two kilometers from the town of Samba. Click here to know more about this temple. 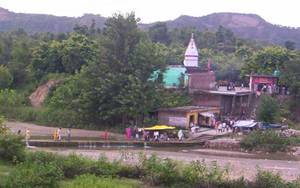 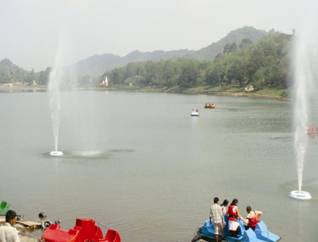 This beautiful lake is located on the Samba-Udhampur road and lies just 22 kms away from the Samba town.

This lake is enclosed by small hills along with many shrines of various Hindu deities.


Tourists can take shelter in a tourist complex located on the bank of this lake. This complex offers 5 tourist huts and several rooms.

Purmandal is about 39 kms away from Jammu. This holy place is also linked with Samba through the road named “Purmandal-Utterbehani-Vijaypur Rd”. The place is also famous as “Chota Kashi” and it brags of many ancient Shiva temples. The place also offers a picturesque view to its visitors because it is enclosed by the Shivalik Hills. The Purmandal temple is the main attraction of this place which is devoted to deity Umapati (or Parvati). Every year the Purmandal Mela takes place for 3 days this occasion is marked by the wedding ceremony of Goddess Parvati and Lord Shiva. 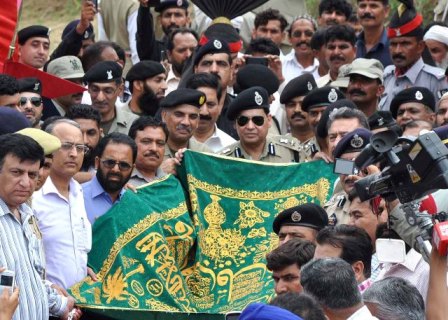 This shrine is located at a distance of 42 kms from Jammu and can be accessed from Samba as well. The place attracts a plethora of pilgrims from Pakistan as well as India. Located on the Indo-Pak border, this shrine witnesses an annual fair which is attended by thousands of pilgrims throughout the country to pay homage to Baba Dalip Singh Manhas or “Baba Chamliyal”. 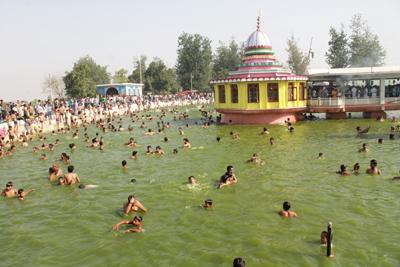 This shrine is nestled at a village named Swankha in the vicinity of Vijaypur in the district of Samba.

This famous temple is situated about 20 kms away from the Samba town. Baba Goria Nath, who was a disciple of Guru Gorakh Nath, is the main deity of this shrine. The shrine is flocked by millions of devotees across the district to pay homage to Baba Goria Nath. 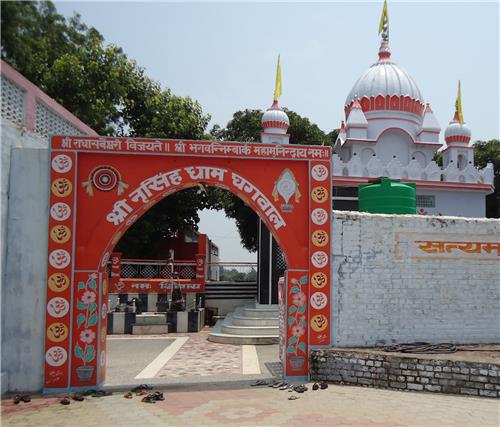 This popular shrine is located merely 300 m from the National Highway in Ghagwal.

This temple can be accessed from the Samba town as well due to its proximity to Ghagwal. This place is thronged by many tourists and local people especially during Navaratra and other festivals.

The Dogra culture is the predominant culture in the town of Samba. Dogras are mostly Hindus but a few Dogras are Muslims. The “Dogri” language is spoken by the Dogras in Samba. Kashmiri and Urdu are the other languages which are spoken in Samba. Ras dances, Dogra folklores and folk songs are some important features of the Dogra culture. All these jointly contribute to the culture of Samba. Lohri, Baisakhi, Holi, Shivratri, Navratri and Ramnavmi are the main festivals that are celebrated with great fervor in Samba.

Samba abounds with a number of shops from where you can buy miscellaneous items. Each and every shop is dedicated to a particular stuff. Following are some well-known shops in the Samba town for buying varied items:

Stationary and Book Stores in Samba

The following are some important services that are offered to the residents of Samba:

Packers and Movers in Samba

Following are the contact details of some major banks located in the Samba town:

Comments / Discussion Board - About Samba